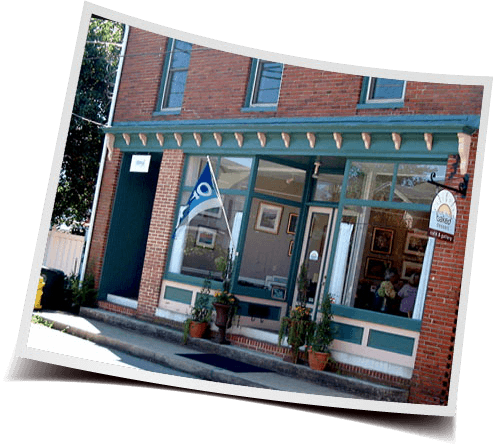 Formstone is not something that you see much of in Berlin, but the storefront of 14. N. Main St. was covered with it, probably in the late 1940’s or 50’s. Formstone is a type of colored stucco that was used in the Baltimore area during the mid-century. Mike Queen of Rayne’s Reef purchased the property and had old photos of the original barber shop storefront. He came to us and wanted to remove the formstone and return the storefront back to it’s original style – including a 2nd floor balcony over the sidewalk.

Design Resources realized that much of the brick detailing was extended from the neighboring building, but was hidden under the Formstone. We provided design services to reproduce the original brick detailing and a new center entry storefront. We presented our design to the Berlin Historic District Commission and State Highway for approval including the 2nd floor balcony. Approval was granted by the HDC, but was denied by State Highway due to truck clearance concerns. The Formstone removal was, unfortunately, extremely invasive to the original brick and much of the front wall had to be rebuilt.

The building is now used for a beautiful retail store.